President Donald Trump and Attorney General William Barr had a “contentious,” lengthy meeting inside the West Wing this week after Barr told The Associated Press in an interview that the Justice Department had uncovered no evidence of fraud that would change the election outcome, one person familiar with the meeting who spoke on the condition of anonymity told CNN. 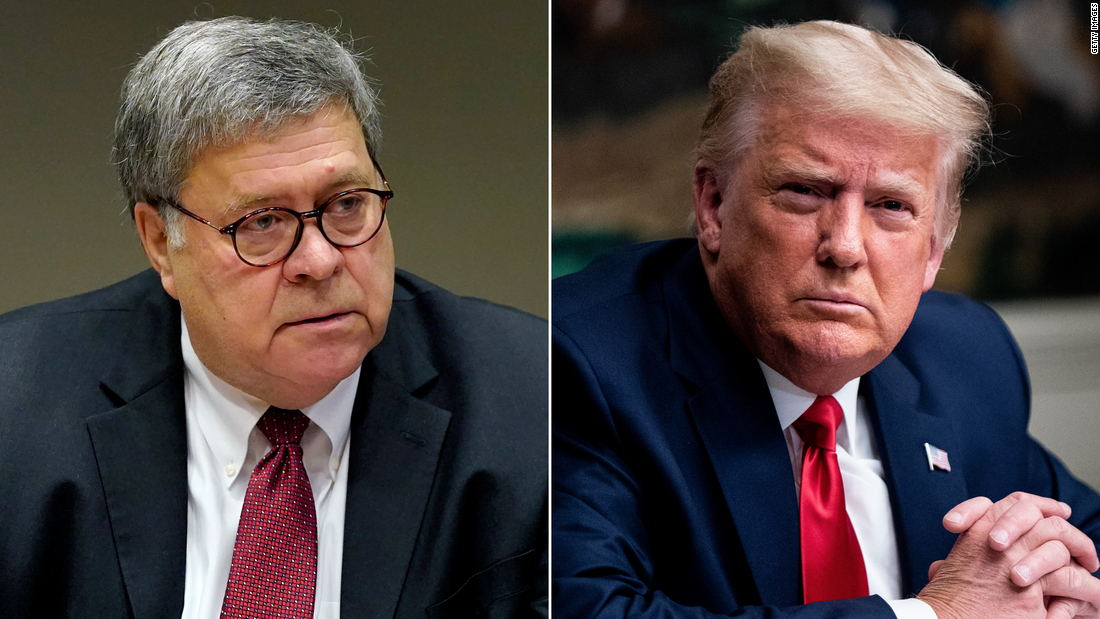